An exhibition on the Antikythera Mechanism was organized (May 18, 2011 – June 25, 2011) by HPDST (sponsored by Hephaestus project) in collaboration with the Library “Svetozar Markovic” of the University of Belgrade. The exhibition took place at the main hall of the Library from May 18, 2011 to June 18, 2011.
The exhibition opening event took place in May 18. Dr Zoran Knezevic, director of the Astronomical Observatory and president of the International Commission for the Celestial Mechanics opened the exhibition. At the opening event speeches were addressed by Prof. Aleksandar Petrovic (Kraguzevats University) and Dr Efthymios Nicolaidis (HPDST, INR/NHRF).
The model of the Mechanism designed and constructed by Dionysios Kryaris was presented at the exhibition. The exhibition comprised explanation panels about the Mechanism (its recovery from the shipwreck, the history of the research, the results of the research teams, its functioning etc.), documentary films and the astronomical incunabula and rare medieval and renaissance books on astronomy of the University Library.
From the Serbian side, the main persons involved in the exhibition were Dr Stela FiIlipi Matutinovic, director general of the University Library, Aleksandar Djordjevic who designed the layout of the exhibition catalogue, Jelena Mitrovic who translated into Serbian documentary films, and Selman Trtovac who provided and supervised the technical assistance.
The strategic venue of the exhibition (the main hall of a Library visited by hundreds of people, mainly students, every day) assured its large visibility. It was very pleasant to see many students until midnight watching films closely and descrying exhibits.
An exhibition catalogue in Serbian was authored by Prof. Aleksandar Petrovic with the assistance of Efthymios Nicolaidis. 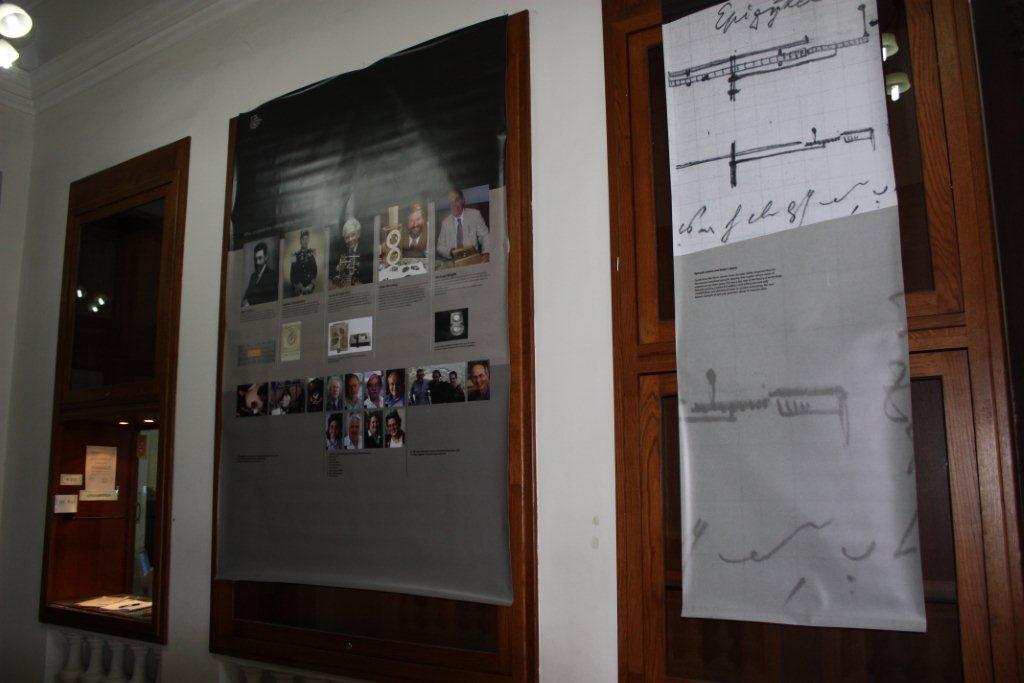 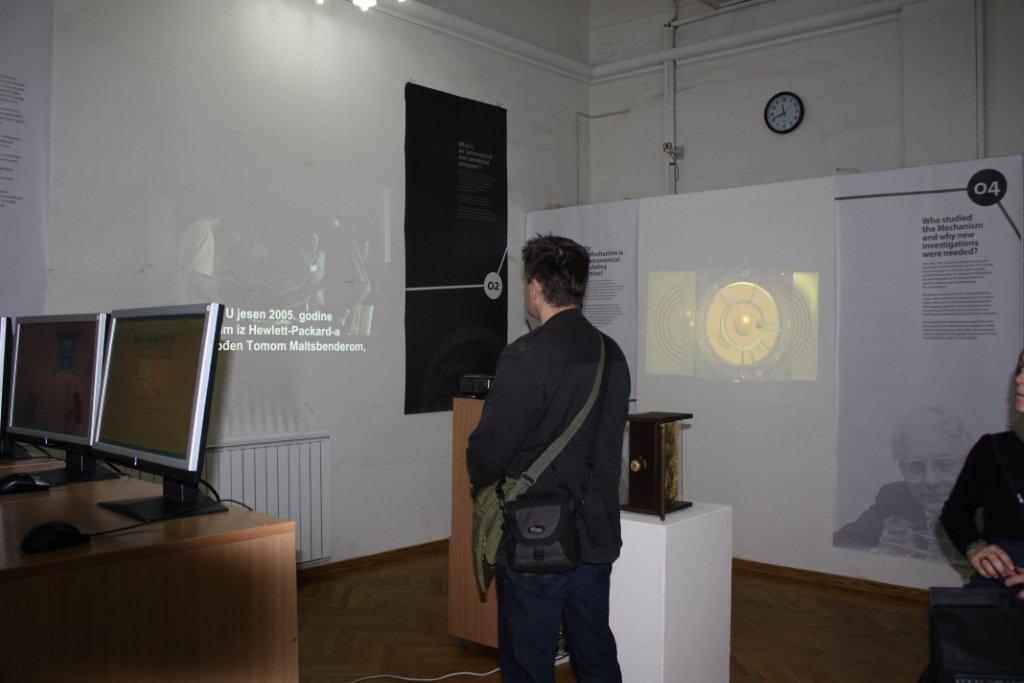 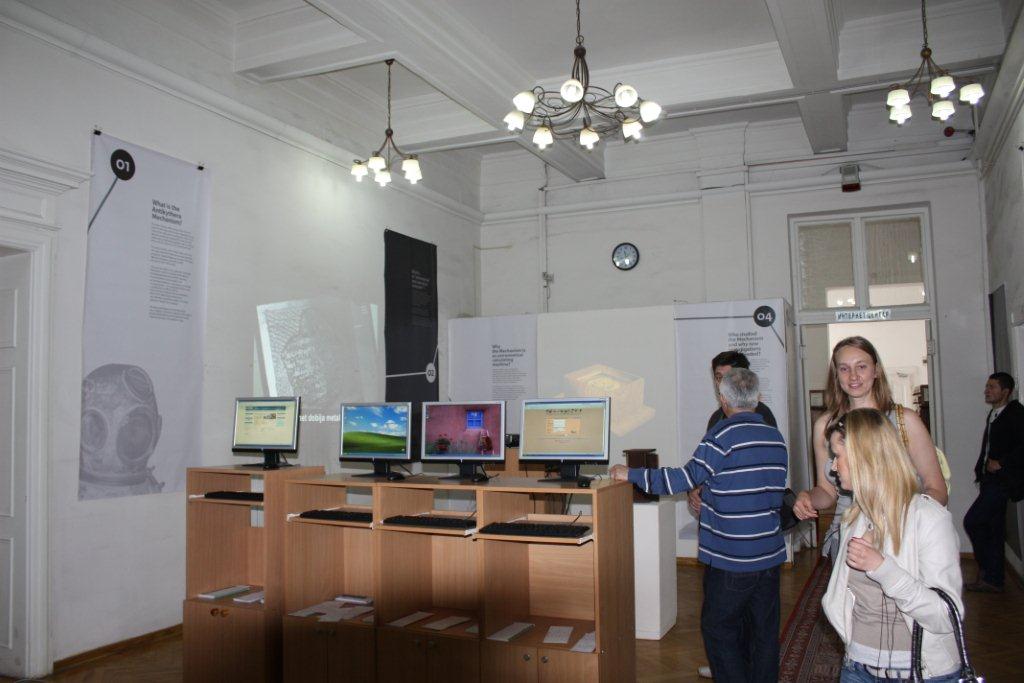 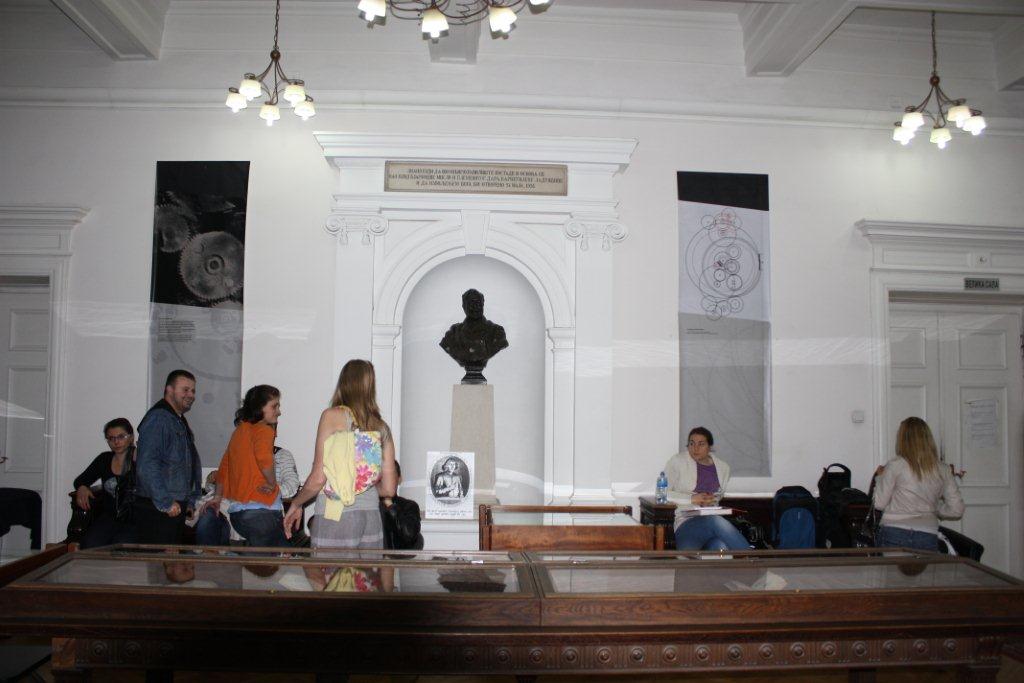 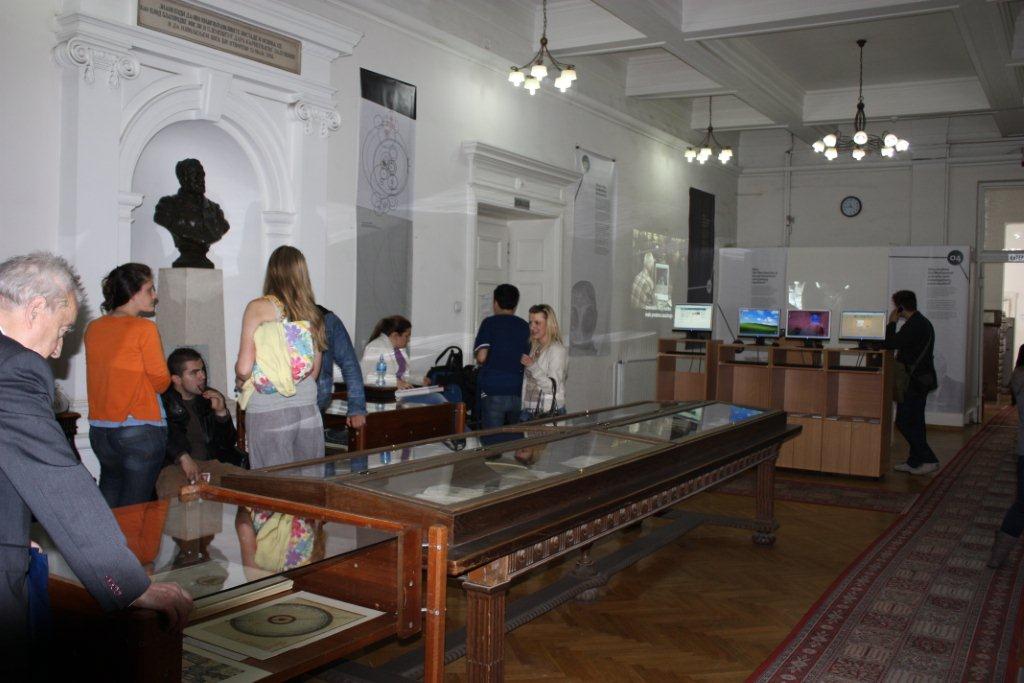